Hello loves. As this post goes live I will be on my first day in Morocco, hopefully soaking up the sun by the pool or on the beach :). My boyfriend has agreed to be in charge of my social media while I'm away so it should be business as usual here, I just won't be able to reply to comments etc until I get back.

Since I have taken a break from the Tri Polish Challenge I decided I wanted to get involved in another weekly challenge. After having a little scoot around the internet I decided to join in on Fingerfood's Theme Buffet which is a challenge I see a lot of bloggers do. This challenge has a weekly theme set as opposed to just colours so hopefully it will be better for inspiring me :). This week's prompt is patriotic. 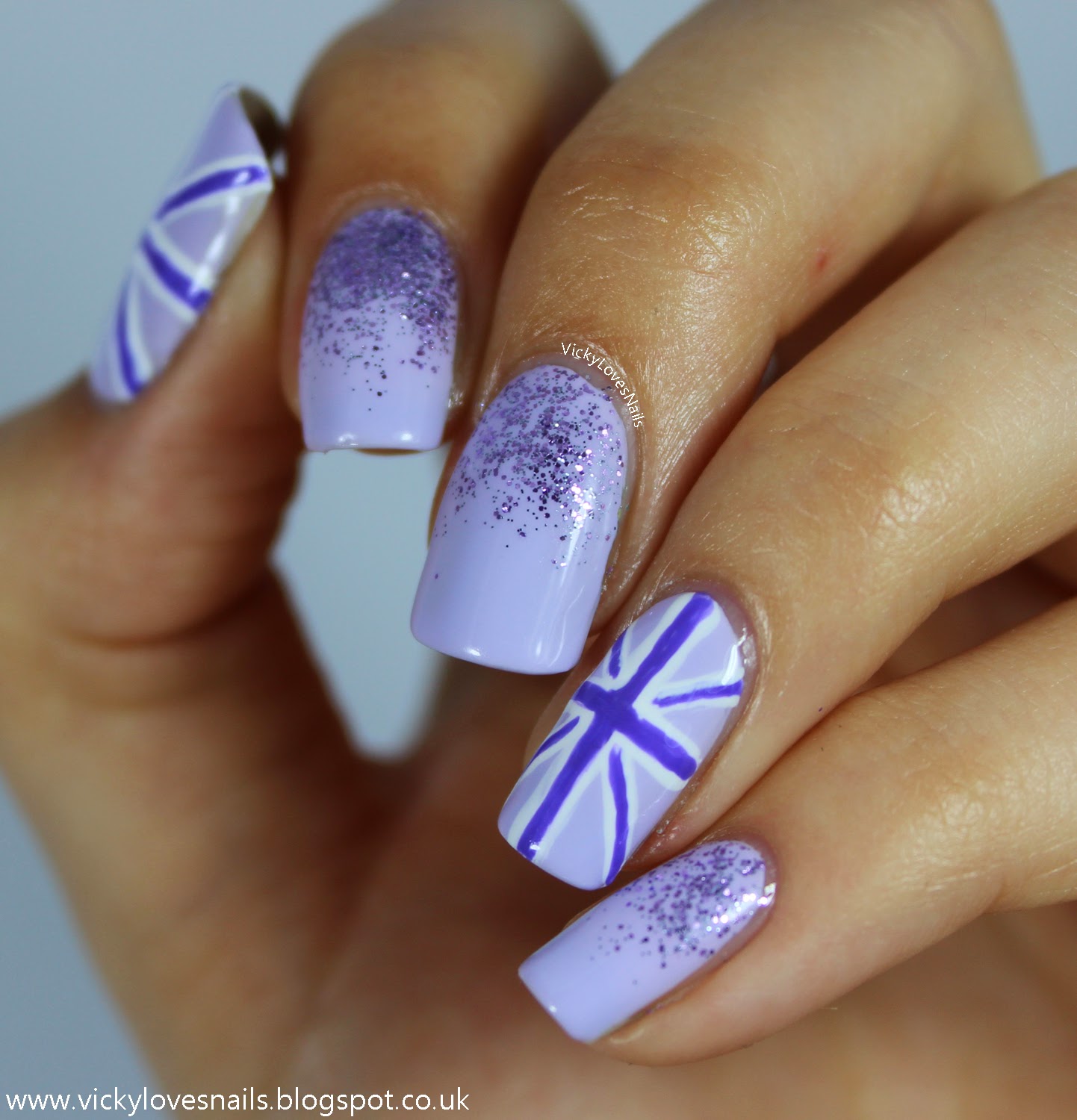 Read on after the jump for more. 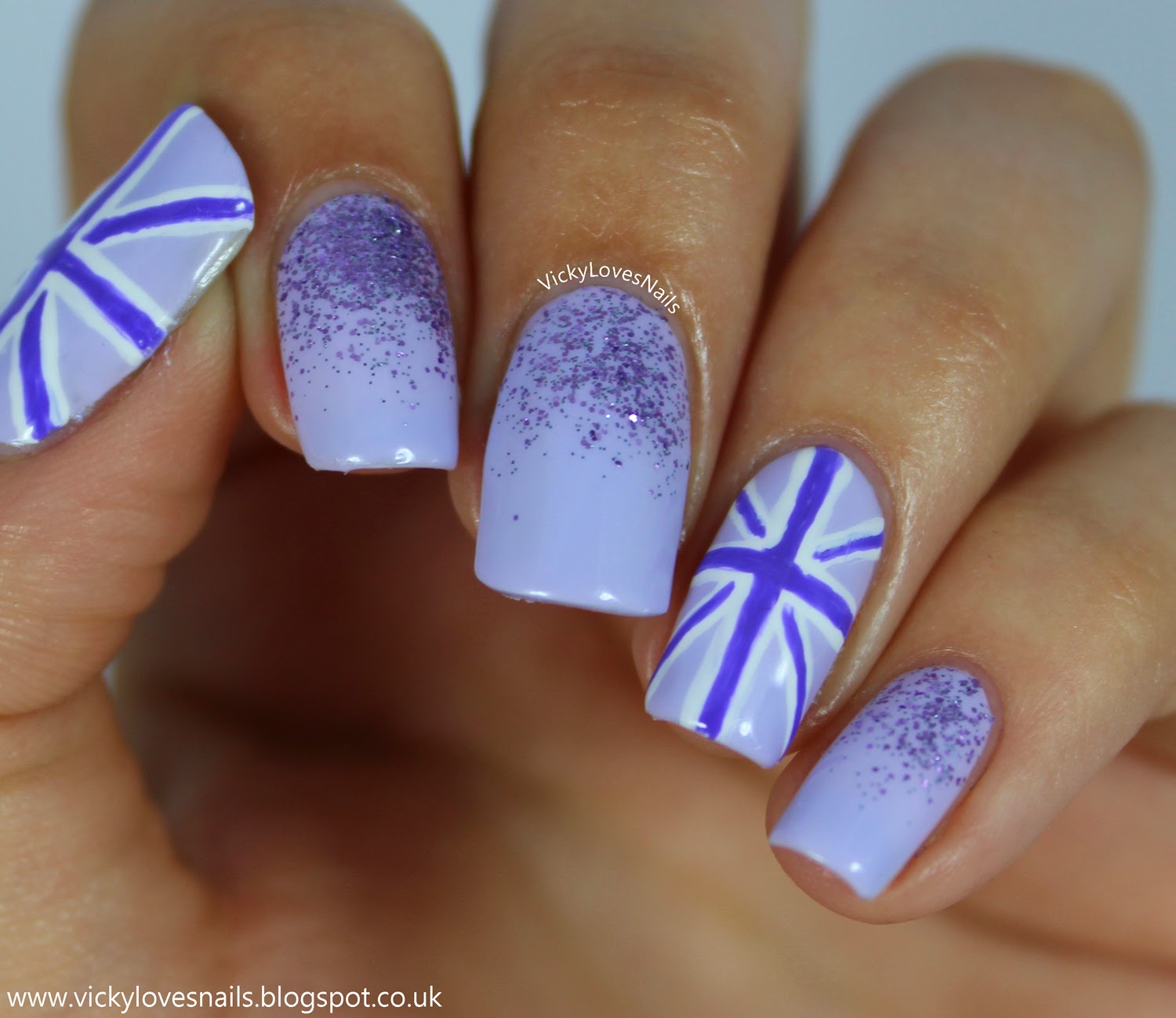 I'm from the UK, so I went for the Union Jack design (not the most original I know). But I have never done Union Jack nails before, but decided to make it a bit prettier by making it purple. 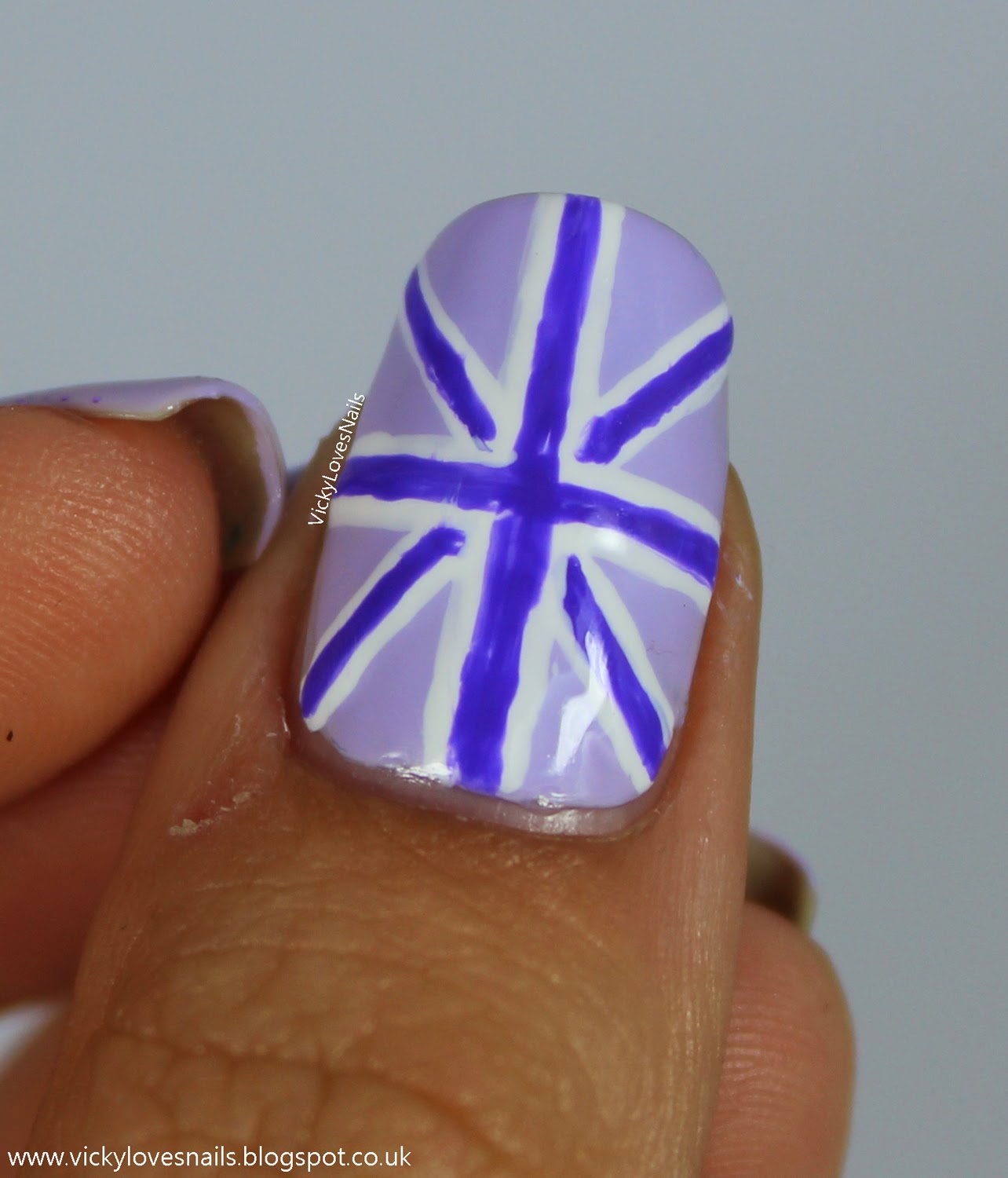 I used a base of Models Own - Lilac Sheen. For the Union Jack nails I used Sinful Colors - Snow Me White and Color Club - Puccilicious. 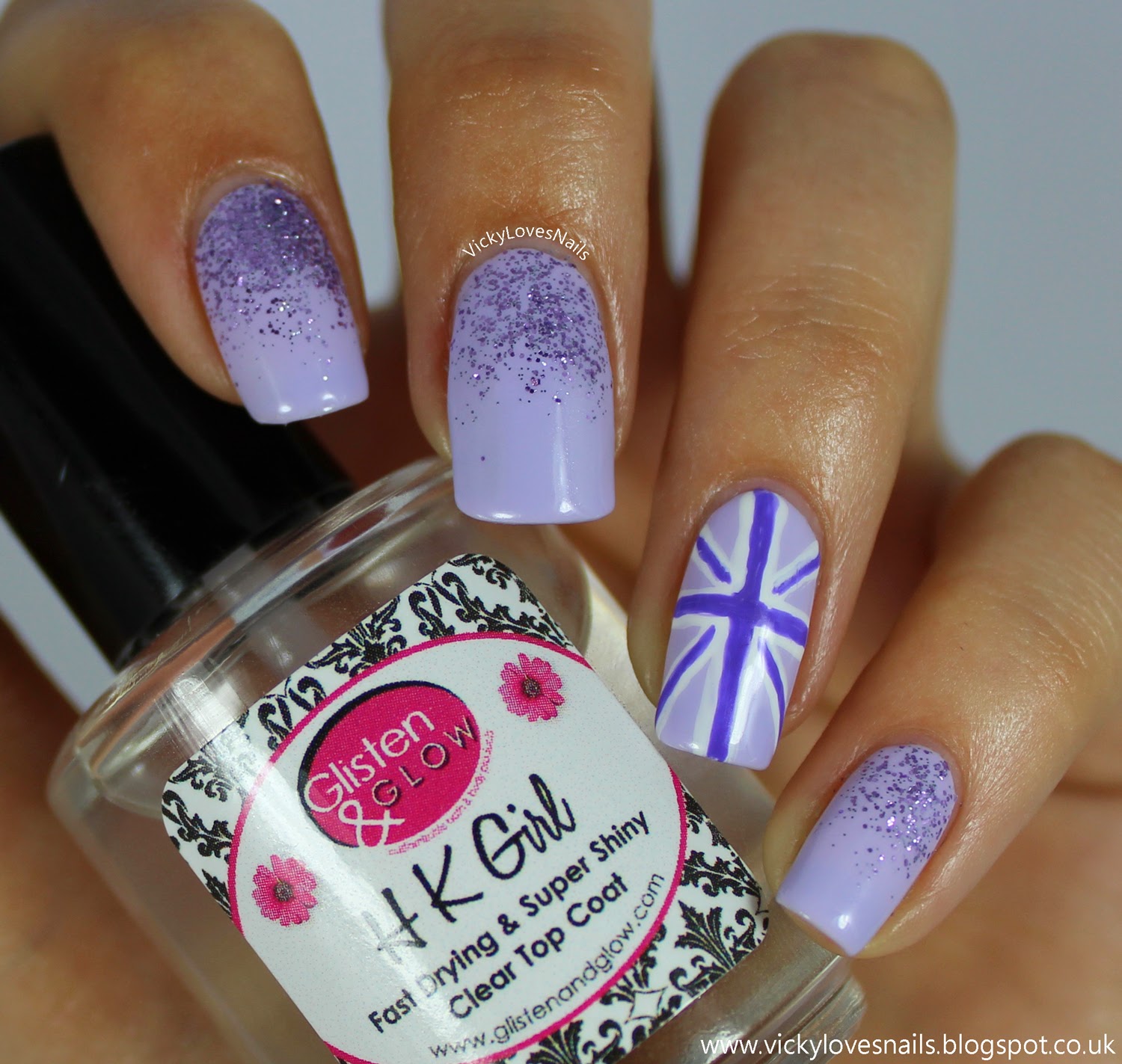 On the rest of my nails I did a glitter gradient using Ciate - Helter Skelter. 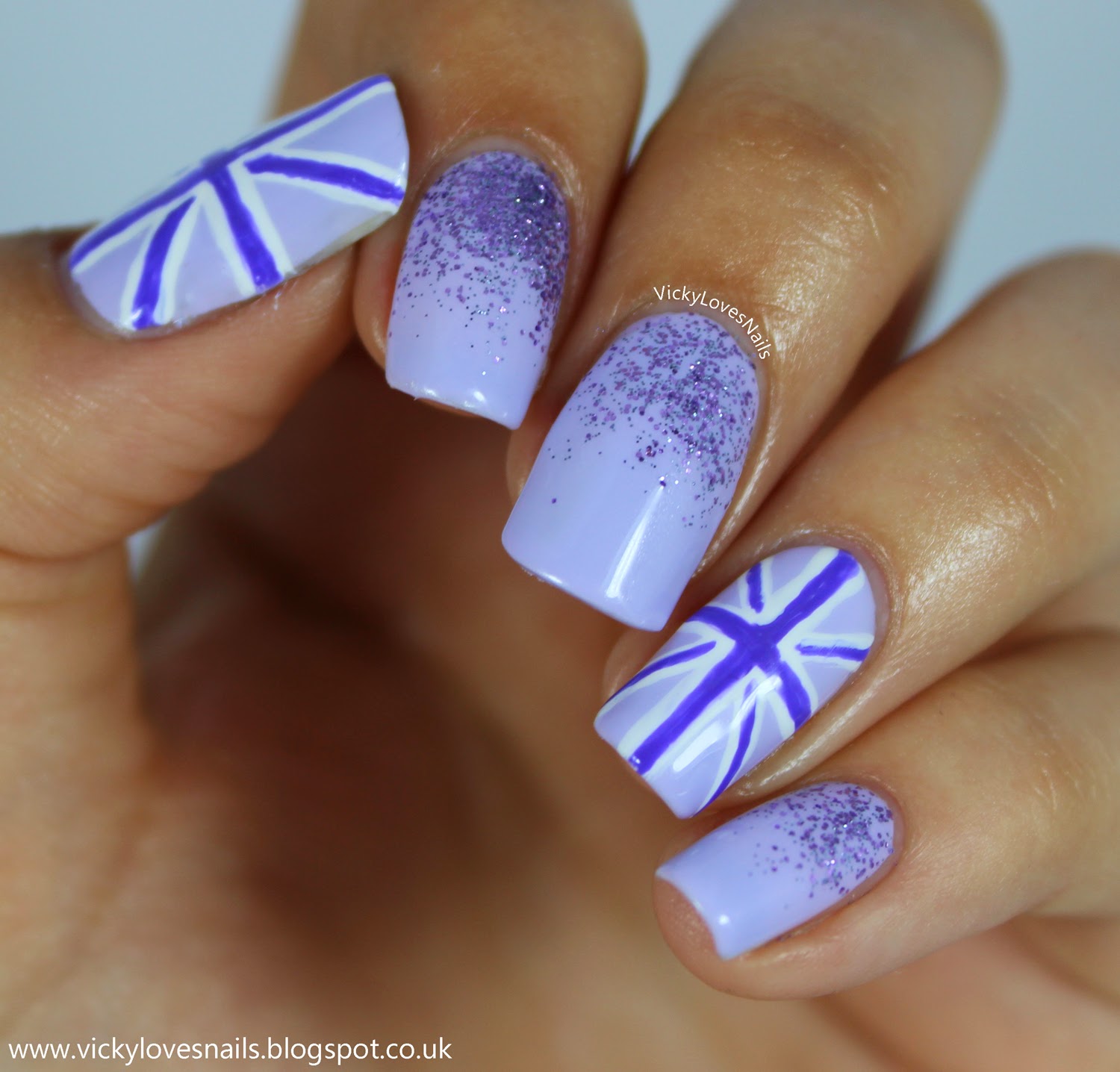 I was pleased with these nails, they came out much prettier than I thought they would - probably because of the purple. Oh and the glitter gradient, I like anything that involves glitter gradients :).

Let me know your thoughts in the comments.

I love to read all your comments and appreciate every single one of them, however please do not leave links in the comments, they will be deleted. If you want me to check out your blog please email me at vickylovesnails@gmail.com